Some of the key players for the Grand Finale of 'Granite' . A National Theatre of Scotland production. Directed by Simon Sharkey.
Picture © Drew Farrell. Tel 07721-735041.


Granite is a sweeping, epic and unprecedented outdoor theatrical event, telling the story of Aberdeen, from 1863 to 2016, in just over an hour.
Performed across a huge stage and featuring a large ensemble cast, live orchestra and choir,aerial performance, dance, digital soundscape and video projection, the production takes place in the majestic quadrangle of the iconic Marischal College.
Prepare to be transported from the bowels of the earth, over the North Sea and into the heavens, across continents and centuries and back again.
Through snowstorms, squalls and towering waves.
From Kemnay to Calabar, Torry to Gothenburg, the North Sea oil fields to Tsarist Odessa.
From a night on the tiles in Union Street to a month at sea on an Atlantic schooner.
Meet the men and women who built this city:
The cutters and gutters and oil workers, the scientists, revellers and football fanatics.
Those who left Aberdeen to find their fortunes, and those arriving here today, to chase theirs. 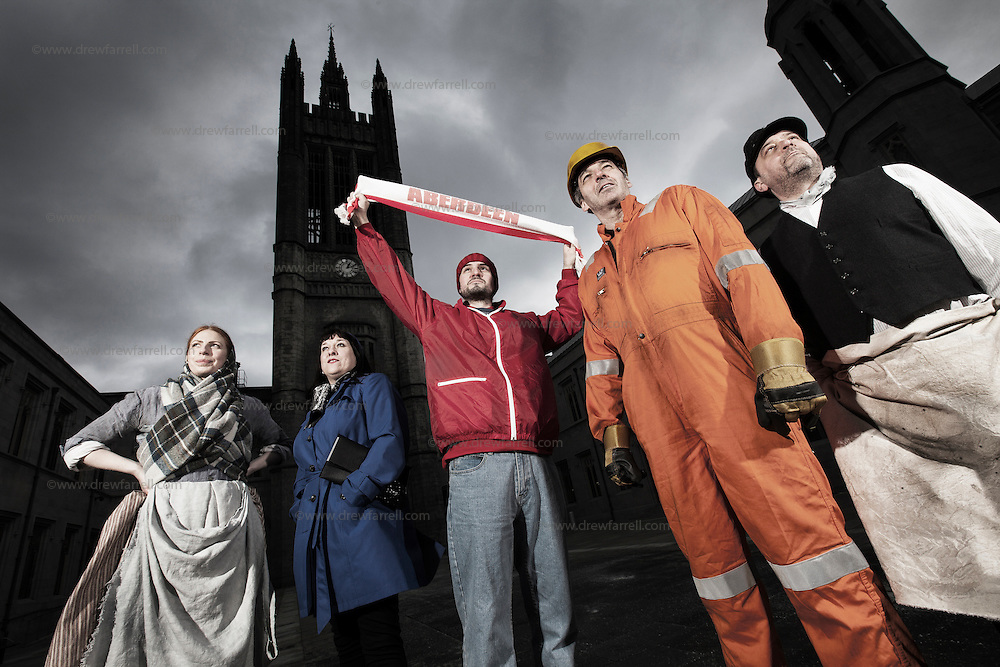