Picture shows : Auntie Janet Saves The Planet .Scottish Opera production - Opera for under 6s.Written by Mark Robertson, Music by Karen MacIver ..Auntie Janet Saves The Planet is a magical, musical tale that takes you into the woodland world of Auntie Janet and her forest friends. The characters they meet along the way include some of Scotland's endangered species and Auntie Janet and the audience must help them to save their homes...Auntie Janet is touring Scotland in May and June 2009. There are still tickets available for performances in Aberdeen and Edinburgh.. .Children take on the role of water voles and journey with the Brown Hare, the Song Thrush and the Pipistrelle Bat through the forest to find the answers that await them amidst the thrills and excitement of the Bumbling Brothers' Circus!. .Auntie Janet is an interactive opera especially created for 3 to 6 year olds featuring live performance, film animation and puppetry. A perfect blend of music, songs, laughter and high adventure that will appeal to young children and their parents..Picture © Drew Farrell Tel : 07721-735041.If you require any more information please contact Kerryn Hurley Press, Scottish Opera Tel : 0141 248 4567..Note to Editors: This image is free to be used editorially in the promotion of Scottish Opera. Without prejudice ALL other licences without prior consent will be deemed a breach of copyright under the 1988. Copyright Design and Patents Act and will be subject to payment or legal action, where appropriate...... 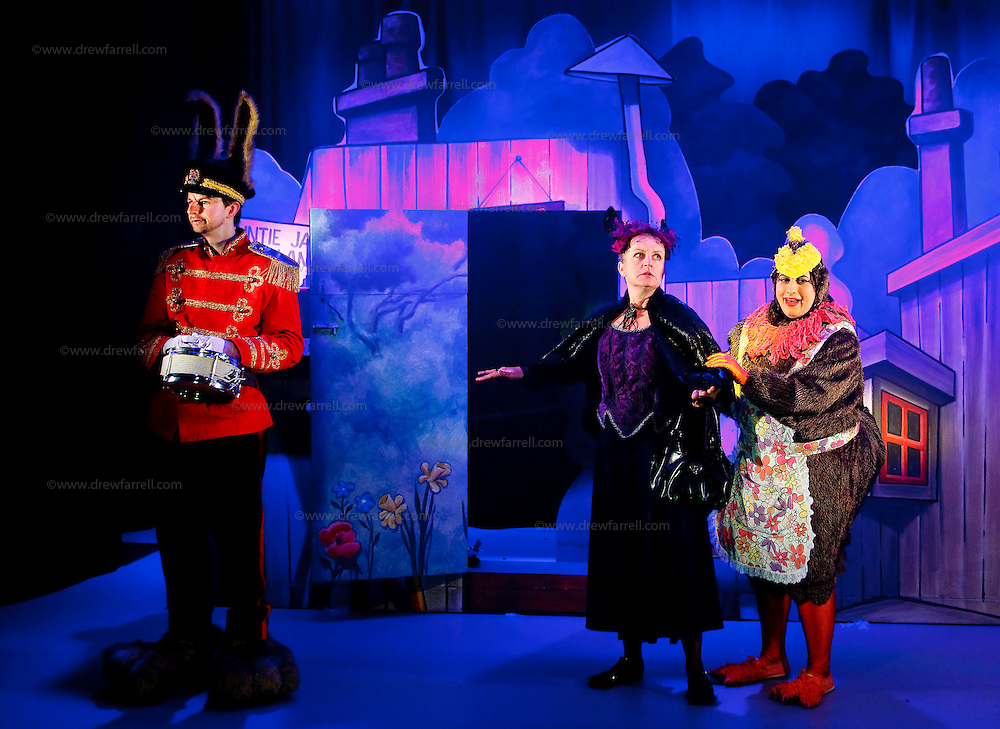